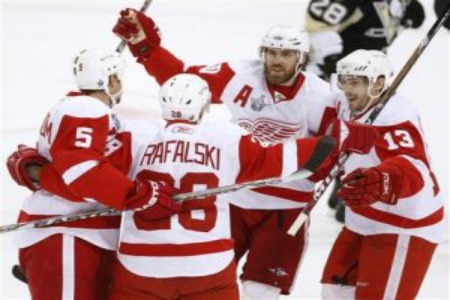 Their annual list puts the Wings’ value at $346 million for the 2011-2012 season. The Wings are rated sixth-highest in the 30-team league, but down two spots from last year.

Despite the lockout, the Illitch-owned franchise actually posted a three percent gain over last year.

According to the list, 13 teams in the league are believed to be in the red, with the Phoenix Coyotes in the worst shape with $20.6 million in losses.