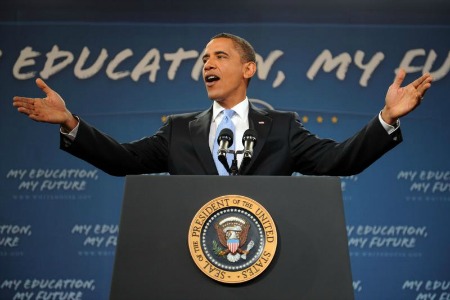 With the same president and a still-divided Congress, Washington, D.C. may not look much different next year. But college students could see changes in their financial aid awards for the 2013-2014 school year.

The current low rate was the result of a one-year delay on the increase, which Congress passed after both President Barack Obama and Gov. Mitt Romney publicly supported keeping the rate at 3.4 percent. The decision cost an estimated $6 billion, and Congress and the president, in a non-election year, are not likely to extend the low rate again, says Mark Kantrowitz, publisher of FinAid.org and FastWeb.com.

Grants: In his fiscal year 2013 budget request, President Obama called for a small but notable increase to the maximum Pell grant award, from $5,550 to $5,635 for the 2013-2014 school year. (For the past two years, the maximum grant has remained steady.) Under the Budget Control Act of 2011, the Pell grant program, which helps low-income students pay for college, is funded for fiscal year 2013, but could face a funding shortfall after that.

Tax credits: The American Opportunity Tax Credit, which gives families up to $2,500 back for paying college expenses such as tuition and fees, may not be available in 2013-2014. The tax credit is set to expire this year, but could be extended through legislation. President Obama has requested a permanent extension of the tax credit.

Repayment: Last week, the Department of Education released a final version of the Pay As You Earn plan, which allows some federal borrowers to make loan payments based on their postgraduate income, and promises to forgive debt to timely repayers after 20 years, rather than 25. It’s one of several income-driven repayment options for federal student loan borrowers, along with income-based and income-contingent repayment.

Transparency: Regardless of a particular student’s aid awards, the Obama administration has been pushing for greater transparency on college costs in general. One effort that already debuted is the Financial Aid Shopping Sheet, a comparable list of costs, aid, and outcomes that hundreds of colleges have already pledged to send to admitted students starting in the 2013-2014 school year.

“[Obama] wants them to do some comparison shopping,” notes Maura Kastberg, director of student services at RSC, Your College Prep Expert, a college and career counseling company. “Families have that and can look at it and can kind of get a ballpark of how much is [the] total education going to cost, and how much debt they’re going to be in—that’s super important.”