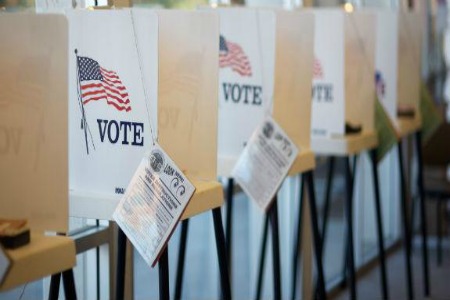 Writing at BlackAmericaWeb, Tonyaa Weathersbee explains the importance of the civil rights issue currently before the Supreme Court.

If nothing else, the election of the nation’s first black president has ushered in its share of contradictions.  President Obama’s 2008 victory, for example, was initially billed as a post-racial beginning for this country.

Unfortunately, it wound up being a wake-up call for racists.  The first to rise were the limited-government, no taxes Tea Party people – people who had no problem with government as long as it was headed by white guys and as long as it was used to restrict the freedoms and opportunities of black and brown people they’d have to compete with.  They became the base of the Republican Party.

And one of the first things that a number of Tea Party-backed GOP governors and lawmakers did was use government to thwart the power of minorities in having a say in who ran it. So a number of states passed restrictive election laws based on the flimsy claim of trying to prevent voter fraud.