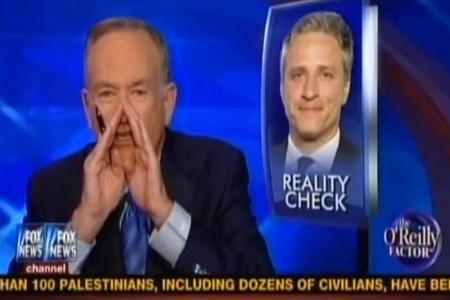 At this point in time more than ever, the GOP’s racist, racialized, coded — take your pick — statements about minorities are more embarrassing for the speaker than they are for the people they criticize with inaccurate blanket generalizations.

But don’t tell that to Bill O’Reilly, who is still refining his theory about why black and Latino voters turned out for President Obama. (His last stab at it was that Obama voters “feel that they are entitled to things.”) Here’s what he said last night about people of color failing to understand “American values.” From Think Progress:

If you look at the exit polling, you’ll see that a coalition of voters put the President back into the oval office. That coalition was non-tradition, which means it veered away from things like traditional marriage, robust capitalism, and self reliance. Instead, each constituency that voted for the President — whether it be single women, Hispanic Americans, African Americans, whatever — had very specific reasons for doing so …