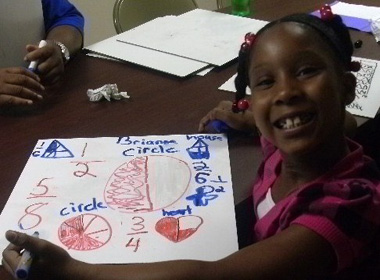 Any time, Any place, Any way, Any Pace. No, that’s not the title of a breathy Janet Jackson hit circa 1993. It’s the name of Governor Rick Snyder’s proposed public school learning model.

Snyder, in an effort to revamp public education, commissioned The Michigan Public Education Finance Project to draft a legislation package aimed to replace the School Aid Act of 1979 which is the current funding model.

At the core of the 302-page draft bill is a school choice funding, which allows state funding follow students to whatever school district will accept them so long as it’s a public school. Or, if sitting for hours in a public education institution doesn’t work, online learning for K-12 students would be beefed up to allow more students to learn anywhere, any time, any place, literally. The proposal also provides cash incentives from $2,500 up to $10,000 for early graduation.

While it may be high time for a re-do of Michigan’s 34-year-old school funding legislation, some argue that the proposed changes are too free wheeling to produce productive education, and don’t take into account special needs children and low income household who can’t jet their kids across the county to a “good” school or have household access to the web.

The Detroit Board of Education isn’t the only school board with issues regarding Snyder’s reinvention of Michigan.

In fact, John Austin, President of the Michigan Board of Education has been vocally condemning the new legislation in media interviews and in a scathing op-ed where he said the proposed legislation would trigger a “meltdown” of the state’s public education system.

Austin has a problem namely with the lack of regulations set in the proposed bill on education standards.

Austin stated in his op ed:

“Nowhere in the proposed legislation is there a rationale for how this proliferation of new schools will improve overall education quality and outcomes for students in Michigan. There is no priority placed on new quality choices where students actually need them, versus where schools are performing well. There are no expectations concerning minimum qualifications for school operators.  Most significantly, there is absolutely no discussion of the impact, financial and otherwise, on the existing public school system of this new marketplace for education.”

While Austin opposes the legislation; other state officials are not so critical.

State superintendant Mike Flanagan thinks online education and school choice could be the wave of the future.

Regarding the controversial the bill, Flanagan said:

“We need to realize that schools are not going to be a 900,000-square-foot box anymore. We need to stop building Taj Mahal high schools that we aren’t going to be able to fill.”

Governor Snyder is pushing for the bills completion and passage in the state’s lame duck session before the new year.

“The governor is looking forward to reviewing the report and recommendations about how we can move Michigan into the any time, any place, any way, any pace model that the new economy demands,” said Snyder spokeswoman Sara Wurfel.

Surely there are parents out there who have opinions on this. Those are the opinions that really matter. What do you think?