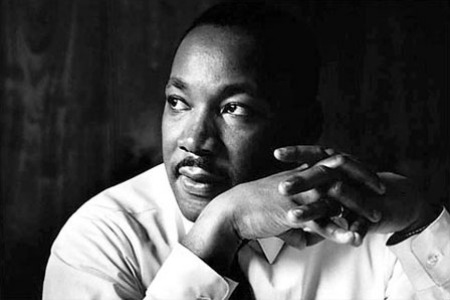 A long in-development Martin Luther King Jr biopic, which was presumed shelved, is now reportedly back on track.

According to Deadline, Memphis, a movie largely focusing on the last days of MLK’s life is being produced by Scott Rudin and will be directed by Paul Greengrass (The Bourne Supremacy and The Bourne Ultimatum).

“The script depicts Dr. King’s final days as he struggled to organize a protest march on behalf of striking black municipal sanitation workers in Memphis, Tennessee, where he was slain. That storyline is juxtaposed with an intense manhunt for King’s assassin James Earl Ray, involving some of the federal authorities who, at Hoover’s direction, had dogged King’s every step with wiretaps and whispering campaigns before the civil rights leader’s death,” reports Deadline.

The film ran into trouble early on, when members of King’s family and colleagues of the civil rights leader, such as Andrew Young, objected to elements of the screenplay.

“I thought it was fiction,” Young reportedly said with regards to the script.

A separate MLK project, Selma, which was supposed to be directed by Precious‘ Lee Daniels was also sidelined in the past year due to controversial elements of its screenplay. That movie came under fire, for among other things, unabashedly portraying King’s alleged infidelities in his personal life.

There is no official casting news or target release date yet for Memphis.