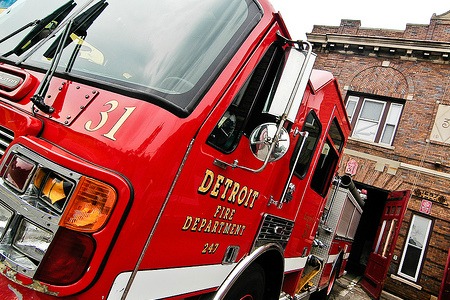 DETROIT (WWJ) – An early morning fire on Detroit’s east side could have been far more tragic if not for the quick thinking of a family’s 15-year-old son.

The fire broke out early Thursday morning at a home at the corner of Kirby and McDougall streets.

DeMonte Palmer was fast asleep until about 4 a.m. when he was awakened by flames.

A total of three homes, two which were vacant, were lost in the fire but everyone is safe, and Palmer’s family credits him for saving their lives.

Fire officials say they aren’t yet sure as to what started the fire, but an investigation is ongoing.