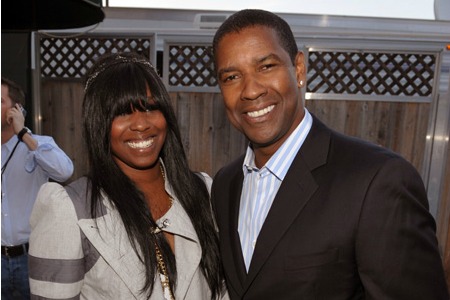 Denzel Washington’s latest film Flight strengthened his place atop Hollywood’s list of dependable stars. It could also mean a fourth Oscar nomination for best actor — his first since 2001′s Training Day, for which he won.

Washington revealed in the interview that all of his children (he has four) are in the film ‘business,’ or at least will be. His oldest son, John David, who had a brief stint in the NFL as an un-drafted running back, co-produced 2010′s Book of Eli. Denzel’s other son, Malcolm, is a senior at the University of Penn with plans to enter USC’s film school upon graduation. His oldest daughter, Katia, 24, is involved in Quentin Tarantino’s upcoming slavery-themed revenge western Django Unchained.

Denzel co-starred on Broadway with Viola Davis in 2010′s Fences. Both actors were honored with Tony Awards for their performances.

During the hour-long interview, Washington and his fellow actors were asked a number of different questions covering a variety of issues. Washington was asked if Nelson Mandela was the most interesting person he had ever met.

“He’s up there, for sure,” Washington said:

“He used to call me on […] New Years Day. It’d be one of the first calls I got […] [Denzel then imitates Mandela’s voice during their conversation.] He actually came to America and came to my house. He wanted my wife to fry him some chicken. (Slight laughter.) It was like helicopters around (Laughter.) and it was…you know…it was Nelson Mandela…came to America. And he was sitting in the house.”

Washington then gives more details on how Mandela captivated everyone he had invited to his house for the occasion:

”We had about 50 people from [Sylvester] Stallone to Oprah to Quincy Jones […] and I have a picture of everybody just… listening to [Mandela]. I said ‘Wow, look at all these super famous and powerful people…and they were just [hanging] on [Mandela’s] every word.‘”

Washington’s Flight has grossed more than $47 million, according to Box Office Mojo. He’s set to star alongside Mark Wahlberg as a DEA agent in Universal Pictures’ 2 Guns in 2013.