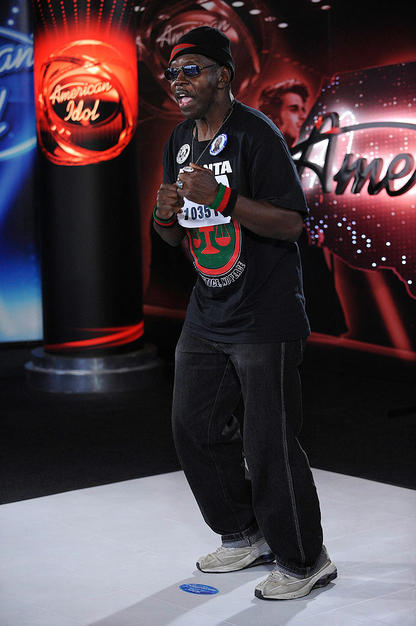 A week before the Nov. 6 election Detroit Public Schools Emergency Financial Manager (EFM) Roy Roberts made a big statement: He warned that if Proposal 1 (the controversial legislation that gave him broad power over of the beleaguered school district) fell through, he may leave is post as EFM.

What would ultimately influence Roberts’ decision to stay or go? The Detroit Board of Education.

At the time of the announcement, it was unclear if the warning was just a pre-election threat to get people to vote “Yes on 1” or if jumping ship was something Roberts really planned to do in a time when the district has seen much restructuring under his leadership, and in at a crossroads.

Roberts said he would make a decision as to whether he would stick with DPS based on how the Board of Education received him in a post-election meeting on how to proceed without Public Act 4.

Proposal 1 asked voters if the State should uphold Public Act 4—a beefed up version of a Emergency Manager legislation enacted in 1990—which enabled the Governor to appoint financial managers with sweeping powers to municipalities and school districts undergoing financial crisis. The measure was defeated and now the old emergency manager law, Public Act 72 of 1990 holds, limiting the power of EFMs like Roberts strictly to finances. If the board members were willing to work with him and not against him as Roberts claims they have done in the past, Roberts said he would stay.

Ultimately, Roberts has put the future of his post in the hands of School Board members, the same Board whose president repeatedly called for Roberts and his predecessor, Robert Bobb, to step down.

It’s an interesting tactic. If Roberts resigns, he’s has positioned it so that it is the School Board’s fault for not being willing to set aside politics and put the children first.

Roberts wrote in a letter to Gov. Rick Snyder one week before the election stating:

“In the absence of legislation empowering a single entity with the authority to operate the district, continued progress will be virtually impossible. Therefore, while my commitment to the children of Detroit remains as strong as it was when I began this journey, without the tools provided by (the law), I do not believe that my presence here can have any further impact.”

One day after the Nov. 6 election defeated Proposal 1, Roberts wrote in a letter to DPS employees:

“I also reached out to the School Board to schedule a meeting to discuss how we can move forward in the best interest of educating Detroit’s children. I am confident that as long as we can keep the focus on the children we can work together to make DPS a leader in public education once again.”

Roberts, it seems, isn’t giving up just yet. A day after the defeat of Proposal 1, Roberts sent a letter to DPS employees with an upbeat message about the passage of a school millage renewal.

Pending a meeting with the school board on how to move forward in a post-PA4 environment, Roberts said he was willing to stay at DPS for at least another 30 days. If he resigns, he has implied it will be the School Board’s fault for making his job too difficult.

Roberts has gained a reputation of a no-nonsense leader who is frank about the district’s problems.  One of Roberts’ biggest accomplishments during his two-year tenure has been to shrink the district’s deficit by from $327 million to $75 million, mostly in bond sales.

At events around the city Roberts made it clear that he didn’t like the prospect of having to work with the school board.

“You can’t have two masters in a home,” he said of having to battle with the School Board over every decision he makes that ‘s not strictly financial.

They should.  If Roberts and the school board truly have the children’s best interest at heart, they will find a way to put their differences aside and come to a compromise. And it’s not just up to the school board. Roberts will have to concede some of his power to the Board and do the work that Robert Bobb did before public act 4 was enacted. It’s doable, it just takes more negotiating.

The question shouldn’t be whether or not the Board of Education will allow Roberts to do his work. The compromise has to come from both ends.

The question should be how they both will work together and best use all of their talents. At this point it really is a test, on both the School Board’s and Robert’s part on who is willing to put pride and power aside in the name of one of the nation’s most important rights: public of education.