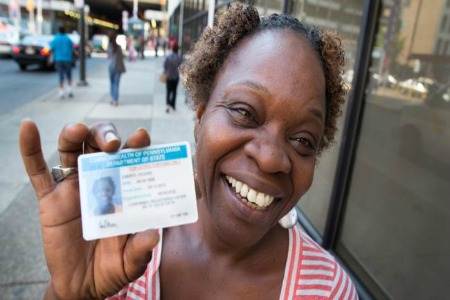 In the days before Tuesday’s election, two organizations released reports filled with dire warnings about the potential impact of voter ID and other laws, ostensibly aimed at preventing voter fraud, but which voter rights advocates believe were really intended to reduce minority participation at the polls.

The reason: historical factors like Jim Crow exclusion made it less likely that these voters would currently possess a state-issued ID, or in some cases, a copy of their birth certificate. The study pointed to the potential disenfranchisement of some 140,000 black and Latino seniors nationwide.

A second report by the group IMPACT warned of reduced voting access and opportunity for African-Americans in Pennsylvania, Virginia and Florida, where restrictive ID laws and in the case of Florida, the halving of the early voting period by the Republican-controlled legislature and governor presented potential hurdles for up to 367,000 black voters in Florida, and 115,000 in Pennsylvania.

“In Florida, African-American voter growth rates rose at almost twice the rate of their White counterparts between the 2000 and the 2004 presidential election, i.e. 34 percent to 19 percent, compared to 2004 to 2008, which was twenty times that of their white counterparts, i.e. 21 percent to 1 percent, respectively,” a press release from IMPACT stated. “Most importantly, there is no clear method to determine the large potential impact on states’ introduction and enactment of voter ID laws. Therefore, IMPACT recommends that states continue to make voting easy, fair, and accessible.”

And while the potentially disenfranchising effect of voter ID laws remains problematic (in Ohio, potentially thousands of voters were actually turned away, or forced to vote on less-often counted provisional ballots, as a result of a voter purge that swept up eligible voters in the state), the actual reduction of black voter participation in 2012 never materialized.

Exit polls show the minority share of the electorate increased to 28 percent in 2012, versus 26 percent in 2008 — one of the underlying assumptions the Obama campaign took into the election, but which polls, notably Gallup, missed. And overall African-American participation remained steady, at 13 percent of the electorate, compared to 2008. And accelerated black and Hispanic turnout delivered the margin of victory to President Obama.

Florida’s reduced early voting period actually galvanized black churches, who took full advantage of the one remaining Sunday to conduct a two-day “souls to the polls” marathon. And even as Election Day turned into a late Election Night, and with the race in Ohio, and thus for the 270 votes needed to win the presidency, called by 11 p.m., black voters remained in line in Miami-Dade and Broward, two heavily Democratic counties in Florida, where black voters broke turnout records, even compared to 2008.

How voter suppression backfired on the GOP