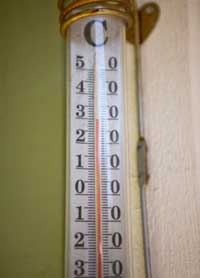 It’s Election Day and for many who have been tuned in to the political races and proposal controversy today offers a welcomed chance end the campaign storm by give the final word—or vote—to end the dizzying campaign madness.

While most candidate races will be put to rest before midnight (barring another epic indecision on votes cast), other issues that have been awaiting a vote won’t quietly dart off into the sunset once voters say “yes” or “no”.  In fact, the vote will only trigger an unprecedented downpour of litigation and power scraping.

Take the ballot proposals for example. In Detroit, there are 18 of them on the two-page ballot. While some of them are not controversial (millage renewals, etc.), many of them are.

The statewide proposals alone will lather up enough lawsuits and frenzy after the vote to make us dizzy all over again.

Proposal 1, the proposal asking voters whether we should keep the State’s emergency manager law, for instance, will bring enough litigation from either side, whether voters say yes or no. If voters approve the emergency manager law, political action groups that gad fought it before will keep on fighting it, calling it undemocratic and trying to find ways to block it or get it tossed in court.

If voters strike down Prop 1, the chaos within cities and school systems will only get worse.  People can expect lawsuits of all sorts over wage cuts, political power, officials, lawsuits between the city and the state, you name it.

If we look at the path as to how each of these issues even got to the ballot we will see a trail of tangled litigation. And it won’t end at the polls.

It’s not just litigation that will continue after the vote on proposals, many of the proposals, especially proposal three that would pose a constitutional mandate to have businesses get 25 percent of their energy from renewable sources by 2025, will put the State legislature to work, combing out the details of the proposals and finding the verbiage and structure to fit into the constitution.

The battle over Proposal 6, better known as the bridge proposal, may not stop at the vote, either.

“Canada would be paying the estimated $2.1-billion cost of the new crossing, it’s unclear whether the constitutional amendment contained in Proposal 6 against spending state funds without a statewide vote would affect building it.”

But just because certain issues may continue to be debated and litigated after the vote does not mean our votes don’t count. In fact, voters are carrying the weight of the decision; it’s the details that will get hashed out after in the legislature and perhaps through litigation.

So if you haven’t already done so, get to the polls and decide for yourself.

Check out this Voter Guide if you need a last minute refresher on the issues and the candidates.