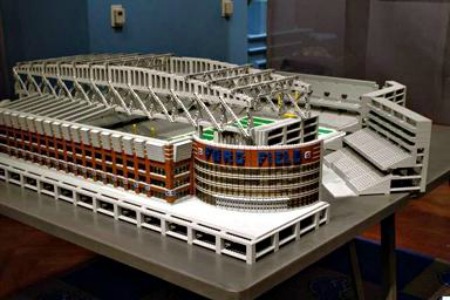 DEARBORN (WWJ) – A new exhibit that opened Saturday at the Henry Ford Museum in Dearborn features a model of Ford Field, home of the Detroit Lions, build entirely out of LEGO bricks.

The exhibition “LEGO Architecture: Towering Ambition,” which features 13 of the world’s most famous architectural icons, runs at the museum through Feb. 24, 2013.

Tucker used Ford Field blueprints to help complete the 5-by-5 foot Lego version, which includes the field and seats.

Built entirely of LEGO bricks, some of the sculptures soar up to 18 feet high and use as many as 450,000 pieces without the use of glue or other adhesives.