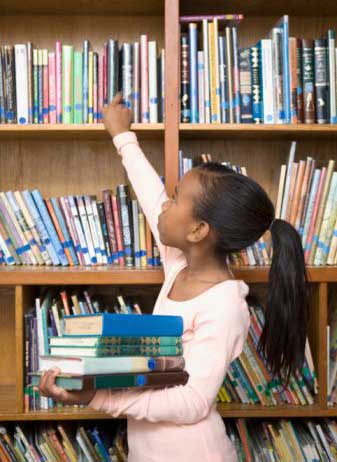 Is sugar the new tobacco? That’s a question with a growing buzz around the nation, especially after the City of New York’s bold move to ban large, sugary beverages in restaurants, cafes and movie theatres.

By now it’s no secret. It’s a known medical fact that sugar is packed not only with nutritionally “empty” calories but it’s a veritable appetite stimulate. Some even argue that sugar is an addictive drug and should be regulated just like alcohol or tobacco. A study released by the American Health Trust this September found Michigan to be the fifth fattest state in the union. Numerous reports over the past decade have put Detroit anywhere between the first and fifth most obese city on the nation, at times rivalling Houston, Texas for the fattest spot depending on the year and who’s reporting.

This is yet another list Detroit doesn’t have to be on.

After a spirited rally against soda pop yesterday, Detroiters may be getting on board the sugar-awareness train. The rally, held at Detroit’s Sinai Grace Hospital, urged people to cut pop out of their diets to prevent excess caloric intake and therefore, obesity.

Any doctor or dietitian will tell you: excess sugar intake (Americans guzzle syrup-filled drinks by the gallon) leads to obesity and obesity causes serious health complications including heart disease, diabetes and other leading causes of death in the United States. There’s nothing to debate there.

What many people disagree on is what we, as a country, should do about it. Should the government intervene like it did with booze and tobacco? Some argue that regulating sugar opens the door to regulating all sorts of lifestyle choices. Perhaps the best approach is not to regulate sugaar entirely but have warnings on foods and drinks with significant added sugar about the health risks involved in excess sugar consumption.

Perhaps the worst sugar and junk food travesty is childhood obesity. One in three chidlren in America are not considered overweight or obese. At the hosptial rally yersterday, the president and CEO of Sinai Grace Hospital, Dr. Reginald Eadie, said that childhood obesity is causing more damage to the American people than a natrual disacter like hurricane Sandy could ever do. I agree.

We need to find a way to bring awareness to the amount of sugarwe as Americans unconsciously consume. Maybe a massive education effort through government health agencies and schools is part of the answer.

At any rate, Americans are too sweet on sugar.

A report in Fobes magazine states:

“According to the U.S. Department of Agriculture (USDA), the average American consumes 156 pounds of added sugar per year. That’s five grocery store shelves loaded with 30 or so one pound bags of sugar each. If you find that hard to believe, that’s probably because sugar is so ubiquitous in our diets that most of us have no idea how much we’re consuming. The Centers for Disease Control (CDC) puts the amount at 27.5 teaspoons of sugar a day per capita, which translates to 440 calories – nearly one quarter of a typical 2000 calorie a day diet.” Obesity doesn’t just affect fat people. It affects everyone by spiking health care costs.”

This year’s “F as in Fat” study conducted by the Trust for America’s Health showed glaring statistics that between type 2 diabetes, heart disease, hypertension and arthritis, more than $23 billion is spent on healthcare costs every year. The sickness industry and insurance companies may be doing well, Americans, especially Michiganders and Detroiters, are not.

This isn’t fair to healthy people or people who unconsiously are making themselves obese. Should we do like Canada does with tobacco packaging and stick a photo of a grossly protruding belly on pop and candy labels? While that might sound extreme, we have to do something about obesity in America. It is estimated through studies that one in three Americans is clinically obese.

History shows,  government regulation on anything has stirred up heated debates on freedom in this country. But if people are not educated, they are not making a conscious choice.

Decades ago, in the late 60’s, ferver over tobacco regulation revved up to a frenzy when, on April 1 1970, President Richard Nixon signed a law officially banning cigarette ads on television and radio. Meanwhile, Government was bulking up its efforts to discourage the sale of cigarettes. Post office trucks carried posters: “100,000 Doctors Have Quit Smoking,” posters warned “quit smoking, or die”.

This summer, a U.S. appeals court struck down a law that would require tobacco companies to use graphic health warnings on the packages of tobacco products. These warnings would include gross-out photos of blackened lungs, rotted teeth or a smoker exhaling through a hole in his throat.

Much like tonacco, a war on sugar is a war on big industry. Most soda pop and other sweet products lining grocery stores shelves and restaurant tableware is no packed with cane or beet sugar but high fructose corn syrup.

Most government regulation stems from concern over kids. Just like childhood obesity is a scare, so is youth smoking. The U.S. Surgeon General warned this March that youth smoking has reached the scale of an epidemic , as one in four U.S. high school seniors is a habitual smoker and set up for life long battle with nicotine addiction.

Should the surgeon general issue a warning on soda pop and other sugary beverages that offer no nutritious content to our diets? Many health professinals and scienticic researchers argue that sugar is in fact addictive and should be considered a drug. Many Americans casually refer the affect of sugar on kids and adults a “sugar high”. But this is something we should take more seriously.

A report  last year citied researchers claiming that sugar is just as addictive as cocaine or nicotine and that most people don’t realize this because it’s so culturally acceptable and available.

In more positve news, the State of Michigan is aawre and making moves to curb the state’s obesity problem.

When the numbers were released from the most recent national obesity study “F as in Fat: How Obesity Threatens America’s Future 2012” Michigan’s high rank spurred Governor Rick Snyder’s administration to release a statement on the topic.

The governor’s office released a statement once the findings of the study were released:

“While watching these numbers climb in the wrong direction is disappointing, the governor and Department of Community Health have recognized this as a critical issue, and are taking steps to turn it around,” Snyder’s spokeswoman Sara Wurfel wrote in a statement. “With Michigan’s ‘4 x 4 Plan,’ and the help of our communities, we are on our way to reversing this trend and making Michigan a healthier, stronger state.”

While we may be a long way from government regulation on sugar, we should all take responsibility for what we’re putting into our bodies. After reading that one 12-once can of popular soda pop such as Pepsi or Coke has ten teaspoons full of sugar, I decided to see exactly what that looked like.

I measured ten te
aspoons of sugar into a 12 once bottle. It filled up more than a quarter of the bottle. Gross.

If nothing else, realize that when you drink a really sweet beverage like pop or sweet tea, it’s straight sugar you’re putting into your body. Liquid candy. If you drink pop, go ahead, but it should be regarded the same way you count a candy bar: as a junk food snack full of excess calories.

If you haven’t seen it yet, here’s a popular video called “The Real Bears” that counter’s a promient polar bear  ad campaign on pop. I promise, it’s worth a click. CLICK HERE TO WATCH