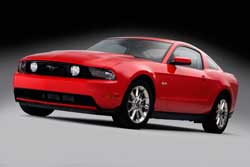 It’s one of the most important decisions on the ballot come Election Day, yet the race for Michigan Supreme Court justices has thus far been mostly ignored.

In Michigan, between the buzz surrounding the six controversial statewide ballot proposals and the presidential race, somewhere lost in the shuffle is the race for a three judicial seats in the State’s highest court.

State Supreme Court justices are powerful elected officials. They decide on the issues that shape the state’s constitution as well as settling major controversies moved up from lower courts.

This year, the Supreme Court played a major role in the allowance of statewide ballot initiatives. This summer the Michigan Supreme Court ruled that voters should decide whether Public Act 4, the law that enabled the governor to appoint financial managers to replace locally elected officials in cash strapped cities like Detroit, should be struck down or upheld. Due to the Supreme Court’s decision, this issue will appear as Proposal 1 on the Nov. 6 ballot.

Major historic decisions rest in the hands of three people who are up for election to rule on the State’s Supreme Court this year. Two positions are for eight-year terms, and one is a two-year partial term.

Despite the importance of justices seated in the Supreme Court, historically there has been a pattern of people skipping the nonpartisan section of the ballot where the options for Michigan Supreme Court justices (along with local court justices) appear.

“Roughly 28 percent of 3.26 million voters in the 2010 general election skipped the nonpartisan portion of the ballot — which lists Supreme Court justices even though they’re nominated by the Republican and Democratic parties — as did about 26 percent of 5.04 million who voted in the 2008 presidential election, according to figures from the Secretary of State’s office. Yet millions are being spent to influence voters this year.”

With a flood of radio and TV adds made to persuade voters, most voters still don’t know who the candidates are let alone their political alignment.

Although the Supreme Court candidate’s names appear on the nonpartisan section (the back side of the first page of the ballot), the positions are highly politicized. Political parties nominate candidates who bring liberal or conservative views to the bench. These views are often reflected in crucial decision-making affecting every person living in or visiting Michigan.

As with any race, “nonpartisan” or no, the Michigan Supreme Court seating is a political power play between major political parties.

“The Democrats are pretty much cut out of state government right now, and this would give them a piece of the action,” Bill Ballenger, editor of Inside Michigan Politics newsletter told the Detroit News.

“If there’s litigation on these ballot proposals, Democrats would dearly love to have a democratically controlled Supreme Court,” he said.

In terms of diversity, all of the Democratic Party nominees and one Republican pick for Supreme Court are women  and only one canddiate for Supreme Court, Shelia Johnson, is a racial minority.

Full term candidates (eight-year term)–You can vote for two of the following people:

Partial Term candidates (two year term)– You can vote for only one of the following people: