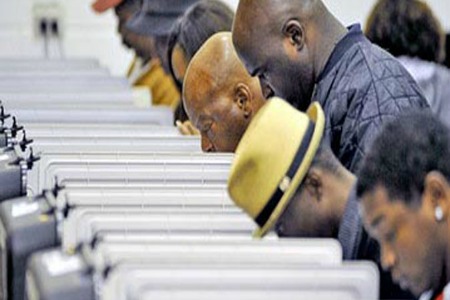 On Saturday, October 27, 2012, The Detroit Rescue Mission Ministries, the City o f Detroit, Mayor Bing’s office, the Detroit Media Partnership, Mitch Albom’s A Time to Help charity, and Detroit Public Schools will work together to board up 150 houses on Detroit’s west side.

The Detroit Rescue Mission Ministries, which successfully conducted its first 100 Houses project in August with Mitch Albom’s A Time to Help Charity and Mayor Bing’s office, was approached by the Detroit Media Partnership and asked to help conduct another project on Make a Difference Day.

“Part of DRMM’s mission is to help rebuild the city of Detroit, and the 100 Houses project aims to do just that,” said Rachael Williams, Director of Volunteer Services for the Detroit Rescue Mission Ministries. “We were happy to join forces to conduct another project. We truly believe that the city of Detroit can be rebuilt, one neighborhood at a time; one life at a time.”

The project, which carries the same 100 Houses title and logo, aims to help clean up a neighborhood and make the streets safer for Detroit’s youth. With the help of Detroit Public Schools, the project has been able to target neighborhoods near schools, or areas where foot traffic from schools is highest.

“Safety is one of the biggest concerns for our students and their families, and we know that not having a safe route to school can be a major barrier to improving student achievement,” said Emergency Financial Manager Roy S. Roberts. “This is why we are so grateful for the Detroit Rescue Mission Ministries, the City of Detroit, Mayor Bing’s office, the Detroit Media Partnership and Mitch Albom’s A Time to Help charity for creating the 100 houses. We can’t thank everyone enough for truly making a difference in the lives of our students.”

In addition to securing the safety of neighborhoods, the 100 Houses project is an attempt to unite a community through volunteer efforts while assisting the City of Detroit and the Mayor’s office. More than 500 volunteers are expected to come out for the project on Oct. 27.

Abandoned homes have plagued the City of Detroit for quite some time; they are frequently used as refuge by drug dealers, prostitutes, and people seeking shelter, hiding or a place to use drugs, creating potential danger for any passersby.

The 100 Houses project is an attempt to combat this issue.

Volunteers will begin mobilizing at 9:30 a.m. in the gymnasium at the CodyHigh Schoolcampus, which is the home of three new DPS Detroit Rising Self-Governing Schools. The campus is located at 18445 Cathedral Street, Detroit, MI 48228. The goal is to have the 150 Houses boarded up by 3 p.m.

For more information about the 100 Houses project or the Detroit Rescue Mission Ministries, contact 313-993-4700 or go online at www.drmm.org.