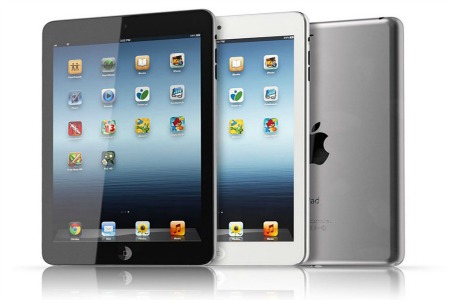 (CNN) — OK, so you probably own a smartphone. If you’re a student or someone who travels a lot for work, you almost certainly have a laptop. You may also have a tablet computer, which is great for consulting recipes in the kitchen or watching reruns of “The Office” in bed.

Now you’re expected to buy a miniature tablet, too?

Since Apple introduced its iPad Mini on Tuesday, some commenters on CNN, Twitter and elsewhere have expressed skepticism about the need for the new device. The Mini is slightly larger than rival tablets from Amazon and Google and about two-thirds the size of the current iPads. Prices start at $329, or $70 less than a full-size iPad 2 but $130 more than a comparable Kindle Fire HD.

Analysts agree Apple will probably sell millions of them. But Apple’s stock took a dive when the Mini’s price was announced, and a search of the blogosphere found less excitement among consumers than what greeted the original iPad or the last several iPhones.

Said Marc Georges on Twitter, “There’s a woman next to me watching video on her Zune. It is the size of a small brick. In other news, Apple announced the iPad Mini today.”

CNN commenter RDNinja wrote, “They’ve got so many different sizes of iPhones and iPads, why don’t they just custom-make every device to the dimensions I ask for when I buy it?”

Consumers could get whiplash from the way phones and tablets have grown and shrunk in size in recent years. Fueled by interest in watching video and playing games, smartphone screens have been gradually getting larger — from about 3.5 inches, measured diagonally, to almost 5 inches.

Meanwhile, tablets have been getting smaller. The original iPad and its first wave of rivals measured about 10 inches across, but more recent entries such as Amazon’s Kindle Fire and Google’s Nexus 7 have been 7 inches — small enough to slip into a coat pocket.

The iPad Mini measures 7.9 inches diagonally and is 5.3 inches wide — pocketable, at least according to this blog.

Blogger Dan Nosowitz, tongue planted in cheek, declared the Mini’s trade-paperback size will make it a more highbrow option for e-book lovers than the smaller Kindle Fire, which more resembles a mass-market paperback.

As phones and tablets merge, manufacturers must find that sweet spot between a device that’s easily portable and one with a screen big enough not to cause eyestrain after an hour or two.

“It will clearly come down to personal preference,” said Ross Rubin, a principal analyst at Reticle Research. “The dividing line has historically been what would fit in a pocket. Also, the traditional ergonomics of holding something next to your face, or holding something in one hand.”

The Mini weighs less than half as much as a full-size iPad. In describing it on Tuesday, Apple marketing chief Phil Schiller said it was about the size and weight of a pad of paper.

“Barnes & Noble and Amazon have known this for a while — that this size product strikes a great balance of mobility and capability for on-the-go usage, as well as ‘single hand use,’ which is critical to reading and viewing. This has always been a drawback to the larger iPad. You simply can’t hold it for a long period of time,” said Robert Brunner, an industrial designer whose firm helped develop Barnes & Noble’s Nook e-reader.

“As for whether iPad Mini is an addition or a replacement for iPad owners, it’s probably both,” added Brunner, who has also worked at Apple. “Some crazy people will want both, and some will find its size more compelling for everyday use. Studies have shown that most iPads stay in the home, around the coffee table, but the iPad Mini will be a much more mobile device.”

But there’s the question of how many gadgets people actually need. Will consumers shell out $329 and up (to $659, depending on storage and connectivity) for a device that’s not that much bigger than the smartphone they already own?
Many online commenters say they don’t see the point.

“I COULD get the iPad Mini, or I could literally just keep using my iPhone and see no difference,” said Krista Doyle on Twitter.

“The iPad (revolutionary when it was released) deserves every bit of praise and success it has garnered thus far. But today, Apple didn’t debut an innovative product,” wrote Jason Evangelho on Forbes.com. “Today they debuted a clone.”

Then again, people in 2010 expressed doubts about the original iPad, calling it little more than a bigger iPod Touch. Apple CEO Tim Cook announced Tuesday that the company has sold more than 100 million of them.