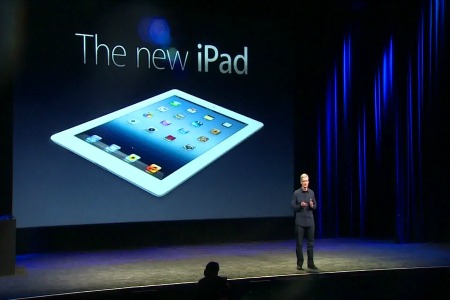 (CNN) — Apple is expected to announce a smaller 7.85-inch version of its iPad at a press conference in San Jose, California, Tuesday morning. Rumors and leaks have been plentiful ahead of the announcement, as they were for last month’s iPhone 5 unveiling, but there’s still the potential for a few surprises.

All signs point to a smaller iPad with specifications similar to the iPad 2. The two models might turn out to have an iPhone/iPod touch relationship, with the smaller iPad always one generation behind in the features department. That means it won’t have a Retina screen just yet, though it will probably sport the new Lightning connector port. A recent Apple Insider report shows 12 possible configurations, dabbling in different memory sizes (from 8GB to 64GB), connection options (WiFi or WiFi + cellular) and colors (black or white).

Naming is one of the few things Apple still excels at keeping secret, as it did when it confusingly called the third iPad simply “the new iPad.” While “iPad Mini” has been a popular guess thus far, “iPad Air” has also been floating around as a potential moniker for the device.

This being Apple, there’s always the possibility of additional announcements. Rumors include Apple making a minor update to the larger iPad line, adding the Lightning connecter, the addition of a Retina screen to the 13-inch Macbook Pro, and an update to the iMac and Mac Mini designs.

The centerpiece, however, will be the iPad. Apple’s full-sized iPad has been a huge success and still dominates the overall tablet market, so why go small now?

The biggest demand for non-Apple tablets has been for less expensive 7-inch devices such as Amazon’s Kindle Fire, Samsung’s Galaxy Tab, Google’s Nexus 7 and Barnes and Noble’s Nook. A smaller iPad would challenge these competitors head on, combining their popular size with Apple’s killer features: the iOS operating system, Apple’s app and media ecosystem and quality design.

The Kindle Fire is great for buying books, movies and shows from Amazon, and the Nexus 7 has Google’s well-stocked Play store for media and apps. However, tablets have proven they can do more than just entertain, and customers might be drawn to the quality and quantity of Apple’s App Store selection. Developers have been creating top-notch apps for the iPad for more than two years. The smaller iPad’s screen is expected to have the same aspect ratio, so those apps would work the same on the new device.

When the iPad came out, it was intended to be a consumption device. Ads for the tablet showed people reclining in various environments, clutching the iPad like a book. The spacious 10-inch screen was ideal for watching movies and TV shows, playing games, surfing the Web and otherwise consuming content.
That’s how most tablet owners use their devices. Tablets are homebodies, used most often in the living room (30% of the time according to Nielsen) followed by the bedroom (21% of the time).

“Fully half the time they’re using tablets, they don’t leave the couch or the bed,” said Forrester analyst Sarah Rotman Epps. “If you can do everything on the smaller iPad you can on the larger iPad — that plus the added convenience of being able to take it with you more places could take the wind out of the sales of Amazon.”

A smaller, lighter device is more portable, and people might not be as afraid of taking a cheaper tablet out into the big bad world where it would be less protected. That would also be a boost for Apple in the education market, which it has been courting heavily.

How much cheaper the smaller iPad will be is uncertain. Price predictions have been all over the map this rumor cycle, but the general consensus is that they will cost less than the current $500 iPad (the older iPad 2 is still being sold for $400), and be slightly more expensive than competing 7-inch products.

“(Apple) can take part of the lower end of the market, but they don’t have to reach all the way to the bottom to be successful,” said Rotman Epps.

Apple customers have proven they are willing to pay a premium for their products.
The decision to make a smaller device is a change of heart for the company.

Apple prides itself on designing products people didn’t even know they wanted. Apple’s late chief executive Steve Jobs told BusinessWeek in 1998, “It’s really hard to design products by focus groups. A lot of times, people don’t know what they want until you show it to them.”

That’s what Apple did when it released the 9.7-inch iPad in 2010. The tablet has gone on to sell more than 84 million units, including the original iPad, the iPad 2 and the third-generation iPad.

Jobs infamously dismissed 7-inch tablets in an earnings call later that year, calling them “dead on arrival,” going on to say the size was “too big to compete with a smartphone and too small to compete with an iPad.” Now it seems the company is changing its tune and listening to the demands of the masses, in addition to trying to predict what they’ll want next.