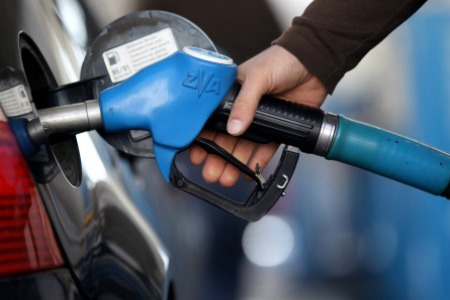 DETROIT (WWJ) – There’s welcome news for drivers as the work week gets under way, with DetroitGasPrices.com reporting the average price for a gallon of gas has fallen 22 cents in the past week.

As of Sunday, prices were averaging $3.45 per gallon. And as of Monday morning, a station at Seven Mile and Inkster roads in Redford Township was selling gas for $3.27 per gallon.

Including the change in gas prices in Detroit during the past week, DetroitGasPrices.com says prices on Sunday were 8.9 cents per gallon higher than the same day one year ago. But they’re currently 48.6 cents per gallon lower than a month ago.

“Only one other time in the last few years have we seen the national average drop so significantly in the course of just a week, and that other time was in May 2011,” said GasBuddy.com Senior Petroleum Analyst Patrick DeHaan. “Looking back at our data, we only see that prices dropped considerably more in autumn 2008 when the economy slipped into a recession. Given the circumstances with this latest weekly decrease – that it has nothing to do with recession – is significant,” DeHaan said.