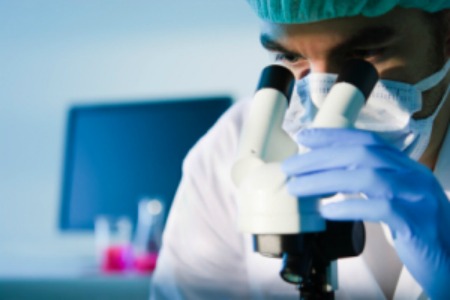 DETROIT (WWJ) – A substantial financial gift made by a Clinton Township woman to the Wayne State University School of Medicine will create an endowment to promote research in the prevention and treatment of ovarian cancer.

The $1 million commitment by Cheryl McKee will establish the Dorothy Ann McKee Endowed Fund for Ovarian Cancer Research, Prevention and Treatment at the School of Medicine.

The fund is named for McKee’s sister, known to friends and family as “Doris,” who died in 2005 at the age of 57 after a nine-year battle with ovarian cancer.

“I just know that my parents and Doris are looking down and are happy at what I’m doing,” said McKee, who recently retired after a nearly lifelong career as a home caregiver. “Doris was a wonderful woman and her life brought joy to everyone she touched.”

Doris was McKee’s only sibling. The recent death of her parents resulted in an inheritance that allowed her to dedicate the endowed fund in her sister’s name.

The American Cancer Society (ACS) estimates that 22,280 women will be diagnosed with ovarian cancer this year. About 15,500 women will die from the disease, which ranks as the ninth most common cancer among women, excluding melanoma skin cancers. Ovarian cancer is the fifth leading cause of cancer deaths in American women.

ACS says one in every 71 American women will develop ovarian cancer in her lifetime. That woman’s lifetime chance of dying from the disease is about one in 95. If caught early, the five-year survival rate is 93 percent, but only 15 percent to 20 percent of cases are discovered in the early stage. Once the cancer has spread far beyond the ovaries, the five-year survival rate drops to 27 percent.

According to the ACS, ovarian cancer is more common in white women. About half of American women diagnosed with the disease are age 60 or older.

The ACS says symptoms that can develop in the early stages of the disease include bloating, pelvic or abdominal pain, trouble eating or feeling full quickly, and urinary symptoms. Unfortunately, by the time ovarian cancer is suspected, it has often spread beyond the ovaries. There is no reliable test available for ovarian cancer.

“That’s why I hope this gift will help researchers develop some type of test that will find the cancer earlier,” McKee said. “We need to have a test that shows women they have the cancer much earlier to improve the odds of surviving.”

“This gift means so much to medical research,” said Valerie M. Parisi, Dean of the WSU School of Medicine. “Cheryl’s commitment in honor of her loving sister will in fact become a precious gift to women all over the world. It is a fitting tribute from a woman who spent most of her life caring for others, and one that will live on in that spirit for many years to come.”