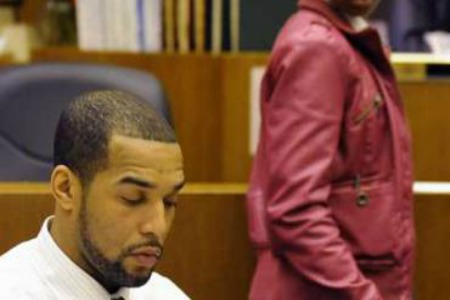 DETROIT (WWJ) – It will likely be life behind bars for aDetroit man found guilty of first degree murder and child abuse in the death of his 2-year old daughter.

WWJ Newsradio 950′s Florence Walton reported Lane appeared as if he was going to faint when the jury forewoman read the verdict Friday.

Bianca went missing in December. Her body has never been found, but police said a cadaver dog detected evidence in a closet at Lane’s home.

Lane’s attorney told jurors that Bianca was abducted, but Wayne County prosecutors said Lane faked a carjacking in an elaborate story to cover up his child’s murder.

Throughout the trial, prosecutors painted Lane as an abusive father who was obsessed with potty training his children. Prosecutors alleged Lane beat Bianca to death, covered her body with a blanket and put her in her car seat. They said he then drover Bianca’s siblings to school before dumping her body.

“Nothing’s gonna bring her back. We just respect the jury’s decision and we’re glad they did the right thing,” Lillard said.

Friday was the second day of deliberations following a nearly month-long trial.

WWJ Legal Analyst Charlie Langton said the outcome was surprising to some. “This was a typical case of circumstantial evidence,” said Langton. “There was no direct evidence that Lane did anything to his daughter. In fact, there was no body, which makes this case very unusual.”

Lane had proclaimed his innocence in an in-studio interview with WWJ a little less than a year ago. “I did not have anything to do with my daughter’s disappearance — flat out, period,” Lane said.

Sentencing is schedule for Nov. 16.