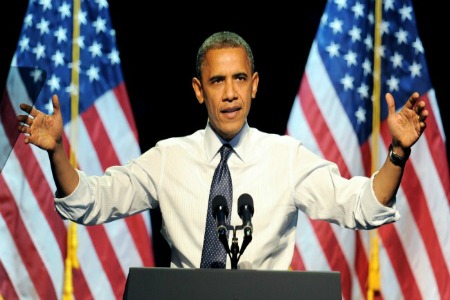 President Obama won in 2008 and has led Mitt Romney for much of the year in part because of his popularity with four key voting groups: blacks, Latinos, women and voters ages 18 to 29.

Will those blocs remain firmly behind the president on Nov. 6, even if Romney performs as strongly the rest of the campaign as he did in last week’s presidential debate? In polls conducted before the debate, the core of Obama’s leads in most of the battleground states came from these voters. In Florida, for example, a recent NBC News/Wall Street Journal/Marist College poll showed the president ahead by 17 points among Latinos. His lead among women was 17 points in Ohio, eight in Virginia. In North Carolina, the president was ahead by 52 points among voters under age 30.

If those groups stick with the president, it severely complicates Romney’s path to victory. The ex-governor must carry at least one of the four states mentioned above to win the election, and having such huge demographic gaps renders that almost impossible.

Romney has competed little for black votes, conceding them in the face of the president’s intense popularity in the African-American community. But Romney may have room for improvement in the other demographic groups.

For example, in 2008, Obama won young voters by 34 points, women by 13 points, and Hispanics by 36. But in 2004, Republicans did much better among these blocs, trailing by only nine among the youth, three with women and nine with Latinos. If Romney gets close to the 2004 margins, he would be the favorite to win the election.

Obama’s campaign, knowing how important these three groups are, has aggressively courted them throughout his four years in office, particularly this year. It was no accident that several of the major speakers at the Democratic National Convention were Latino or that the president has done many more interviews with Latino media outlets than African-American ones. Democrats tried to link the controversial “legitimate rape” comments of Missouri U.S. Senate candidate Todd Akin to the rest of the GOP in part to fire up women against Romney. The Obamas’ numerous appearances at college campuses in swing states are in part because polls suggest young people are less excited about him this election cycle than in 2008.

Romney has tried to compete for these groups as well, but his debate performance demonstrated his clearest path to gains with them. In the debate, unlike throughout much of his campaign, he forcefully (if not accurately at times) rebutted the charge that he is the candidate of the rich. Having a debate largely on economics allowed Romney to avoid talking about immigration, abortion or gay rights, issues on which the positions of Romney (and the broader GOP) are not in sync with these three blocs. (The Republican candidate, for example, is opposed to gay marriage, which most voters under 30 favor.)

The big unknown is if these groups are simply rabidly pro-Obama and/or anti-GOP, or persuadable.

Polling suggests that women with college degrees, for example, are overwhelmingly Democratic. But is this the same for women overall? And is it the same for Latinos? Latino activists are very frustrated with the GOP’s opposition to immigration reform that would make it easier for people who are not here legally to become citizens. Are rank and file Latino voters as concerned about that, and therefore absolutely in the camp of the candidate (Obama) who shares their position on this issue? Or will Romney’s message on the economy resonate now that he has articulated it better?

In some ways, this question gets at the heart of this campaign and politics in 2012. Does America have two coalitions, one that is more elderly and white, the other more black, brown and young, and the winner will be whichever shows up in bigger numbers on Election Day? Or is there a large segment of voters not really attached to their party and open to being influenced by either candidate?