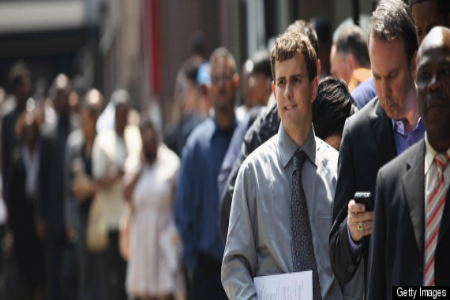 While Friday’s news that the overall unemployment rate dropped to 7.8 percent generated headlines and unfounded conservative allegations that the monthly jobs report had been rendered rosy in a conspiracy to improve Obama’s election chances, two little-reported measures do indicate that Obama’s odds may be improving.

In September, 9.4 percent of Latino workers, 2.3 million men and women, remained jobless. That’s down from the 10.1 percent or 2.45 million workers who were unable to find jobs the month before. The September jobs report brought Latino unemployment near a level unseen since 2008.

Comparable data for white workers showed that the group’s unemployment rate fell to 6.8 percent, meaning about 8.37 million white men and women were unable to find jobs, compared to 7.2 percent of white workers or 8.95 million people stuck in the same position in August.

While the September jobs report includes some good news, it also paints a picture of an economy in continued convalecense. Many of the workers who found jobs were hired to work part-time hours despite wanting full-time work. Low-wage industries have also added far more jobs since the recession than those that pay workers moderate and high wages. The job market has been particularly hard on minority families reducing all sorts of measures of household economic well being, including homeownership, median wages, wealth and employer-provided health insurance.

Given that no president seeking re-election has ever managed to retain his job with an unemployment rate above 8.0 percent, the September jobs report may prove be a boon to the Obama campaign. The drop in both Latino and black unemployment could also silence or at least tamp down administration critics who say that Obama has refused to propose or initiate targeted minority job-creation programs out of fear that the administration will be accused of favoring or somehow attempting to give an advantage to Latino and black workers.

Earlier this week, Fox News and The Drudge Report claimed that video of a 2007 speech in which Obama talked about the way that public policy and spending can influence — if not shape the economic fortunes of communities — was evidence of his biases and interest in creating racially-divisive programs.

In the video candidate Obama pointed out different levels of federal aid brought to bear after hurricanes struck areas populated mostly by white Americans and black Americans and talked about the critical need to enhance public transportation systems in order to help workers who live in the nation’s biggest cities reach jobs in the suburbs. Many of these workers are black and Latino and do not have their own cars. Since taking office, Obama has argued that general efforts to stimulate the economy and facilitate private sector hiring will, ultimately, benefit all workers.

Friday’s job news may also be a boon to Obama in another way. Hispanic voters have consistently ranked jobs and the state of the economy as a top concern in national polls. Both the Obama and Romney campaigns have openly courted the Latino vote this election cycle because Hispanics comprise the fastest-growing segment of the electorate.