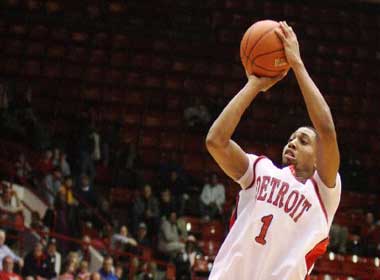 Whatever happens with suspended Detroit Police Chief Ralph Godbee, will play out in time.

But in the meantime, the Detroit Police Department (DPD) is in good hands. That’s the message from Detroit Councilman James Tate.

The former deputy police chief only had positive things to say about now interim Police Chief Chester Logan, who he has worked with in the past. “He’s someone who is highly regarded by the men and women of the Police Department,” Tate told the Detroit Free Press.

Logan is a lifelong Detroiter with more than 38 years of experience with the Detroit Police force who also served the U. S. Army in the Vietnam War.

After sitting through hours of the Kwame Kilpatrick federal corruption trail, the difference between unethical and illegal is still ringing in my ears. While no one thinks what Godbee did was illegal, it is certainly believed to be unethical to have an interdepartmental affair.

Fair grounds for suspension, many have said. Obviously Mayor Dave Bing thinks so.

According to the DPD’s employee policy, there’s nothing that prohibits interdepartmental relationships, according to a Detroit police spokesperson.

But Bruce Miller, an employment lawyer and president of Miller Cohen told The Free Press that there’s a reason for a lack of specific rules: “An organization can’t have a rule that defines everything it does,” Miller said. “The rule book would be awfully thick.”

Detroit Councilman Kwame Kenyatta said Godbee should resign and to clear the city of any scandal or perceived ethical breach: Just because a decision is not illegal or against the rules doesn’t mean it’s not wrong.

The bottom line is that the DPD is in good hands with Logan and one Police Chief’s digressions are small compared to the big picture of keeping the city safe. Knowing this we can all calm down on the Godbee topic.