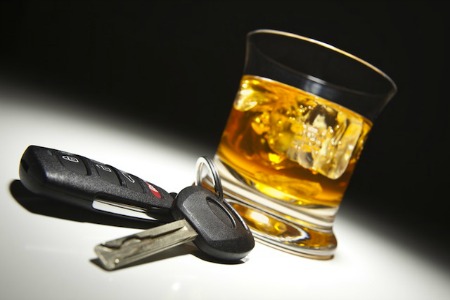 LANSING (WWJ) – The percentage of teens in high school (aged 16 and older) who drove when they had been drinking alcohol decreased by 54 percent between 1991 and 2011, according to a Vital Signs study released by the Centers for Disease Control and Prevention.

The study found that nine out of 10 high school teens did not drink and drive during 2011.

“We are moving in the right direction. Rates of teen drinking and driving have been cut in half in 20 years,” CDC Director Thomas R. Frieden said in a release. “But we must keep up the momentum — one in 10 high school teens, aged 16 and older, drinks and drives each month, endangering themselves and others.”

For the study, CDC analyzed data from the 1991-2011 national Youth Risk Behavior Surveys. These national surveys asked high school students if they had driven a vehicle when they had been drinking alcohol one or more times during the 30 days before the survey. CDC researchers focused their analysis on students aged 16 and older.

The study also found that:

•Teens were responsible for approximately 2.4 million episodes of drinking and driving a month in 2011; some engaged in the dangerous behavior more than once a month.

•High school boys ages 18 and older were most likely to drink and drive (18 percent), while 16-year-old high school girls were least likely (6 percent).

•Eighty-five percent of teens in high school who reported drinking and driving in the past month also reported binge drinking — having five or more drinks during a short period of time.

“Teens learn from adults,” Pamela S. Hyde, the Administrator of the Substance Abuse and Mental Health Services Administration, said in a release. “That is why it is critically important that parents, teachers, coaches and all caring adults in a young person’s life talk with them early and often about the dangers of underage alcohol use as well as drinking and driving.”

Many efforts have been helping to reduce teen drinking and driving. Some of the proven, effective strategies include the laws in place in every state that make it illegal to sell alcohol to anyone under age 21 and for those under age 21 to drive after drinking any alcohol, plus the graduated driver licensing systems in every state that allow teens to gain privileges, such as driving at night or driving with passengers, over time.

Parents also have a crucial role to play in keeping their teens safe on the road. They can model safe driving behavior and can consider using tools like parent-teen driving agreements with their teens. Safe driving habits for teens include never drinking and driving, following state GDL laws, and wearing a seat belt on every trip.