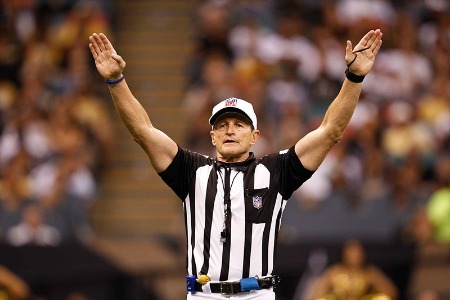 Halleluiah! The NFL referee lockout is over! Expect to see union refs officiating tonight when the Baltimore Ravens host the Cleveland Browns.

Following the travesty that was the Packers v. Seahawks game Monday night, the fines and players taking to twitter in out-right defiance, the NFL was hard pressed to end the lockout and remove the replacement refs.

An agreement between the NFL and the NFLRA was reached Wednesday night and is expected to be ratified Friday in Dallas, Texas. The NFL conceded to an eight-year deal which allows the officials to keep their pensions through 2016 and switch them to 401Ks in 2017.

Tonight, players, coaches and fans can sit back and enjoy the game and know that the integrity of the game has been restored.