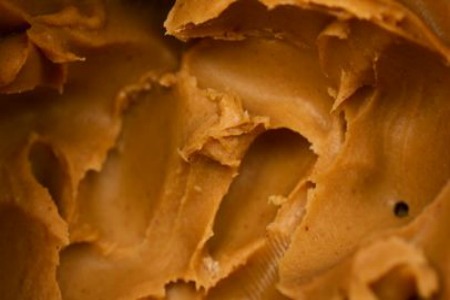 Food recalls are coming in fast and furious and it’s often hard to keep track. This is the first in a series of recall round-ups in which we’ll share the most up-to-date information on the foods you should be scrutinizing right now.
Peanut butter
Sunland, Inc., the manufacturer of Trader Joe’s Valencia Creamy Salted Peanut Butter which was recalled last week due to possible salmonella contamination, has expanded the recall to include all of its Almond Butter and Peanut Butter products manufactured between May 1, 2012 and September 24, 2012.
A press release from the company says that twenty-nine people reported Salmonella Bredeney, matching illnesses in approximately 18 states including Washington, California, Arizona, Texas, Louisiana, Missouri, Illinois, Minnesota, Michigan, Pennsylvania, Massachusetts, New York, Rhode Island, North Carolina, Virginia, Connecticut, New Jersey and Maryland, according to a report issued on September 22, 2012 by the Centers for Disease Control and Prevention.
– Fast facts on salmonella
The Centers for Disease Control and Prevention reports that people in a normal state of health who ingest Salmonella-tainted food may experience diarrhea, fever and abdominal cramps, which typically begin within 12 to 72 hours. This may be accompanied by vomiting, chills, headache and muscle pains. These symptoms may last about four to seven days, and then go away without specific treatment, but left unchecked, Salmonella infection may spread to the bloodstream and beyond and may cause death if the person is not treated promptly with antibiotics.
Children, the elderly, and people with compromised immune symptoms should practice extreme caution, as salmonellosis may lead to severe illness or even death.
Romaine lettuce
Check your crispers: Fresh Express Incorporated has voluntarily recalled its 9-ounce Leafy Green Romaine Salad with a use-by date of September 16 after a package collected for the United States Department of Agriculture random sample testing program showed a positive result for Listeria monocytogenes. While the salad is considered to be expired and is no longer for sale, the company is issuing the recall out of an abundance of caution in case consumers still have the packages in their homes.
Consumers with questions may call the Fresh Express Consumer Response Center at (800) 242-5472 during the hours of 8 am to 7 pm ET and the product should be discarded immediately.
– Fast facts on listeria
According to the Food and Drug Administration, listeria is an organism that can cause foodborne illness. Symptoms of infection may include fever, muscle aches, gastrointestinal symptoms such as nausea or diarrhea. Pregnant women and adults with weakened immune systems are at the greatest risk and most healthy adults and children rarely become seriously ill.
Beef
The United States Food Safety and Inspection Service announced that a testing sample of raw boneless beef trim product imported to the United States from Canadian Establishment 38, XL Foods, Inc., confirmed positive for E. coli.
According to the FSIS, the products subject to the Canadian recall were distributed to U.S. establishments in the following states: California, Michigan, Nebraska, Oregon, Texas, Utah, Washington and Wisconsin at retailers including Food4Less FoodsCo., Kroger, Safeway and Jay C. These products may have been further processed into various products, such as ground beef, ground beef patties, beef jerky and pastrami. FSIS is taking every precaution to make sure that potentially affected product has been removed from commerce.
Consumers with food safety question are encouraged to contact “Ask Karen,” the FSIS virtual representative available 24 hours a day at AskKaren.gov. The toll-free USDA Meat and Poultry Hotline 1-888-MPHotline (1-888-674-6854) is available in English and Spanish and can be reached from l0 am to 4 pm ET Monday through Friday.
– Fast facts on E. coli
According to the FSIS, E. coli is a potentially deadly bacterium that can cause bloody diarrhea, dehydration, and in the most severe cases, kidney failure. The very young, seniors and persons with weak immune systems are the most susceptible to foodborne illness.
Consumers are advised to only consume ground beef that has been cooked all the way through to an internal temperature of 160°F.