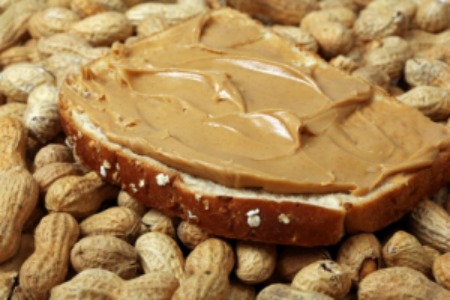 ROYAL OAK (WWJ) – Trader Joe’s has recalled one of its peanut butter brands because of a salmonella outbreak in 18 states. Twenty-nine cases have been linked to the stores’ creamy, salted Valencia peanut butter.
John Hoskins of Birmingham was shopping at the Trader Joe’s in Royal Oak and he told WWJ’s Beth Fisher that he knew about the recall; something he says happens more often.
“High competition and people probably have to cut corners and the reality is that they can’t watch everything … and it’s food production,” said Hoskins. “I mean, stuff gets in there.”
Hoskins says it’s a concern but part of manufacturing. He noted that there are recalls in the auto industry all the time.
Some other shoppers were aware of the recall. Others, like Carol, were not aware of the recall but say recalls are more common. “I think it’s a combination, I think they are keeping better track now, and there are so many more items out on the shelves,” she said.
“We don’t buy peanut butter that much,” said Erin of Grand Rapids.”We have a daughter who is allergic to peanuts so we don’t buy peanut butter, we don’t keep it in the house.”
WWJ has a message out to the Department of Community Health to see if any salmonella cases are in Michigan.
https://detroit.cbslocal.com/2012/09/23/salmonella-outbreak-in-18-states-leads-trader-joes-to-recall-peanut-butter/