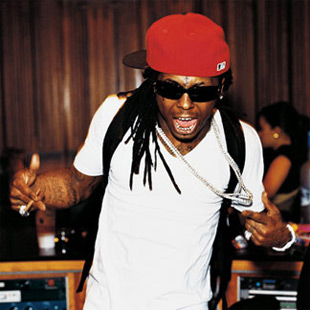 Every good story has a bad guy. It keeps people reading. That’s why it’s easier to dish out criticism than praise.

But there are two sides to every story.

Today, instead of criticizing the Governor Snyder or Mayor Dave Bing for not fully communicating with the Detroit City Council before holding a big shiny press conference about a floppy proposal for Belle Isle Park, I’m going to try the tricky side, the perhaps less mainstream, side of this one and support the Council members for opposing this excuse for a proposal.

Yes, the council opposes the Belle Isle deal, but it’s not for crazy, reactionary reasons like many people have assumed. It’s not because of a proposed entrance fee to the island, or because they feel that the state trying to pull some kind of enemy takeover. In fact, they want what we all want for Belle Isle: For it to be a safe, beautiful place for people to go and enjoy the outdoors and other attractions.

It’s being rejected by the Council because the proposal that they were given to vote on is not complete. It is missing large chunks of key information.

We’re all in this together. So why hold out of information?

After reading the proposal for Belle Isle (exactly as it was presented to City Council) I understand why the Council members plan to vote it down.

In short, it’s not a proposal at all. A proposal when something is proposed. Specifics are given. Information is shared so that the people deciding on the proposal can vote whether or not it’s a good idea.

One blaring example of this comes at the very beginning where the lease document says it has five exhibits—important, key information about the agreement—attached. However of the exhibits listed on the proposal, only one is actually physically attached to the proposed lease.

“List of Exhibits. The following Exhibits are attached to and made a part of this Lease:

Exhibit A: Legal Description [of property]

Exhibit B: Identification of Roads and Bridges

Exhibit C: Memorandum of Understanding between the City and MDOT

Exhibit D: Memorandum of Understanding between the City and DNR Regarding the

On the lease, proposal A, a legal description of Belle Isle, is the only thing that is actually attached. It’s the only exhibit the council would have to go by before making a major decision on whether or not to grant Belle Isle to the State of Mcihgian for 30 years (or more).

“This is no way to conduct business,” Councilman James Tate said in a meeting this week regarding the State’s proposal. He said he called State officials three times this week seeking the information and had still not received those exhibits of the lease.

“Until we have an agreement with the city, we can’t do the needed and detailed analysis and structural and cost assessments of the buildings and facilities,” she said.

That poses a catch 22: The council can’t, in good faith, agree blindly to something as big as Belle Isle’s management and the state won’t fork over details until they have control over the Island.

It’s a hot mess, but it doesn’t have to be. It’s set up so the Council looks they they’re the bottle neck to the dealm but the Council shouldn’t take the fall for this one. They’re not stalling progress like some have opined, rather they are doing their job. That is, to make informed decisions on behalf of the people of Detroit.

Will Detroit grant Belle Isle to the state in a 30-year lease? Possibly. But we need to know what the plan is.