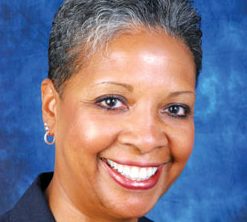 Somewhere between hard news and nail-biting entertainment, there lies a blurry meshing point: It’s there that you will find something called infotainment, a phrase coined in the 1980s that’s perhaps is more relevant today.

This is the age of Google, Reddit and Twitter. News media outlets are increasingly lodged at the mercy of clicks, readership and view numbers than ever before.

And while infotainment is arguably harmless and, in some cases, the only way to get a modern-fasted paced audience to pay attention, it’s a slippery slope.

We’re all guilty of falling for the infotainment trap. Whether it’s a psycho shooter in Colorado, a crazed gunman in West Bloomfield, or the high-profile trial of an infamous ex-mayor, we want to be the first to know.

Why? It’s a train wreck effect, so to speak: Just try to tune out of the sexy, fast paced coverage of the Kwame Kilpatrick corruption trail. Try to focus, instead, on the Detroit Works Project’s large-scale plans to re-zone and redistribute resources to Detroit residents.

Click back to the Kilptarick trial. Wait, that juror said WHAT? OMG, time to follow the Kwame Trail on my Smartphone. And yes, there’s an app for that.

So why do I feel something turn in my stomach whenever I get a glimpse of the Kilpatrick trial coverage? It’s not the infotainment aspect. I love a good news drama, I am a political blogger, hello. And it’s not that I think Kilpatrick’s actual trial is unjust, but, there’s something different about this.

But it wasn’t until I gave it some serious thought that I figured out what irked me: I’m black. Kilpatrick is black. He’s up there making me look bad, making my sister look bad, making my baby nephew look bad, making some black Joe Shmo in Nigeria look bad.  Let’s not forget whose world we live in. Another black man on trial. Another infamous black crook going down in flames to the I-told-you-so of the majority. Oy.

Maybe it’s just in my head. Or it could be that I’m too caught up in my blackness. But as I click on the images chosen again and again for the Kilpatrick trial coverage, I see a black man frozen for eternity with a stupid frown being referred to by is first name even in cases where AP style calls for a surname.

I can’t look away, but I think I just hurled in my mouth a little bit.