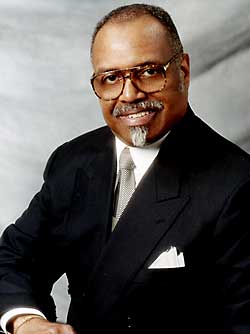 President Obama has spoken candidly and openly about his going through an evolution on the issue of same sex marriage. As president of the United States of America he has taken a stand for the fair and equal treatment of all, including gays and lesbians which he now believes should be allowed to marry, an opinion shared by a majority of Americans.

Many in the Christian, Jewish and Islamic faiths see this as heresy and some have expressed second thoughts about supporting the President for a second term. Others are blindsided by this issue which takes their attention away from the overarching challenges of the economy, unemployment, health care and issues that affect every single person in America.

Animosity toward President Obama extends beyond that of any other president in history. From the moment of his inauguration forces have been at work to impede any progress toward lifting the burden of the flawed economy inherited from previous administrations.

Yet, President Obama prevailed in shoring up the banking system and saving the automobile industry. Under his leadership the Great Recession did not become the Great Depression. The Big Three are all profitable and even the Stock Market has rebounded to pre recession levels.

Unemployment remains stubbornly high but there are signs of job gains, particularly in the private sector. The major problem is with state and local government economies that must resort to cutting teachers, policemen, fireman and other workers in the public sector. President Obama has presented to Congress a further stimulus plan that would enable state and local government to rehire those they’ve had to let go and further, to hire new workers to rebuild the nation’s aging infrastructure. Republicans label this big government spending. Mr. Romney says we don’t need more teachers, policemen and fireman. He has a better plan which is yet to be revealed. What we do know of what he proposes takes us back to problems that stoked the great recession in the first place. Meanwhile, Congress, with members from both parties, is content to sit and do nothing in face of monumental suffering.

President succeeded in doing what his predecessors tried but failed to accomplish. He signed into law the Affordable Care Act providing access to healthcare for millions without health insurance and whose only recourse is the hospital emergency room.

Those with insurance find their rates ever increasing and health institutions contend with higher and higher costs in meeting the needs of patients, doctors and the entire medical team. Republicans denounce the law as Obamacare, big government, even socialism. It is appalling to see many who benefit the most from the law become the loudest detractors. We await a Supreme Court decision that could declare it unconstitutional. Never mind that Governor Romney instituted a very similar law for the state of Massachusetts. In the words of the late Marvin Gaye, What’s Going On?

Following 9/11 when the continental USA suffered its worst terrorist attack in history, President Bush declared wars in Afghanistan since Osama Ben Laden, who masterminded the attack was based there. Though pursued, he eluded all our efforts to capture or kill him. Subsequently, President Bush declared war on Iraq because of its alleged ties with Ben Laden (never proved) and its store of Weapons of Mass Destruction (never found). With American casualties mounting in both wars, President Obama made good on his campaign pledge to wind down both wars. And, yes, once again he did what his predecessor could not do—hunted down and killed Osama Ben Laden. How quickly the nation has forgotten how awed and relieved we were that this tyrant was destroyed.

What might have begun as a rhetorical question in Marvin Gaye’s immortal hit song, “What’s Going On?” becomes the vital question of today, 2012. Powerful forces are at work to strip this President of any positive achievements, disembowel laws that benefit us all and most of all, divert our attention and divide us on issues like same sex marriage.

Divide and conquer is the motto of evil forces that are rampant today and that exist for the single purpose of defeating President Obama. We must be ever vigilant not to be taken in or overwhelmed by the negative ads and media over-preoccupation with issues intended to stir controversy. Our matters of faith must be dealt with inside our own churches, mosques, temples and communities of faith.

Psalm 37 says fret not yourself because of those who bring wicked devices to pass.

President Obama must continue to uphold the constitution and the rights of all the citizens of this great country. African Americans have lived with struggle throughout history. Above all we cannot afford to fall for today’s wicked devices used to divide us.

Our faith is strong in the Lord who is able to do exceeding abundantly above all that we think or ask (Ephesians 3:20). Just as we trusted in God and rejoiced to witness the election of America’s first African American President, our faith remains in the Lord–His goodness, grace, love, mercy, wisdom and mighty acts. Glory to God!