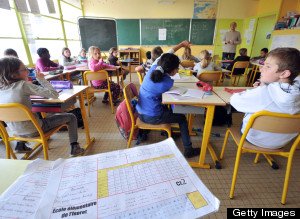 However, Oakland Schools intermediate district testing and evaluation consultant Ernest Bauer said the analysis is not meaningful and can be misleading when comparing public school systems to charter schools, which are referred to as public school academies.“I’m not questioning their statistics,” Bauer said. “I’m questioning the inference that public school academies are more effective than community (public) schools. If that is the inference they want us to make, I see no evidence in these data.”Bauer argues that instead of comparing test scores of children at the charter school to children in the host school district, what would be more meaningful would be to compare scores of students in charter schools to student scores in the district in which they live.“Unless you know where kids came from (it) doesn’t mean anything,” Bauer said.In Oakland County, of the more than 9,600 students in charter schools, 3,458 are from Detroit, which means comparing their test scores to scores of those in the neighborhoods around the charter schools does not give correct information, Bauer said.Of the remaining students in Oakland County’s charter schools, 3,060 are from Pontiac, 838 from Southfield, 458 from Holly and 309 from Oak Park. Yet, they could be going to any one of the charter schools scattered around the county
.

“That is not to say PSAs can’t be effective; some PSAs are effective,” Bauer said.Martin Ackley, spokesman for the Michigan Department of Education, is not taking sides in the argument over how the state data is being interpreted.As far as Ackley is concerned, he said, “It’s exciting to see students achieving at higher levels, no matter what kind of school they are in.“We applaud charter schools and traditional schools alike, when they can demonstrate academic progress. We want every student to achieve at high levels and we will continue to work with all schools to help get all of their students to be career- and college-ready,” he said.Despite his dispute with how the state data is being used, Bauer is not saying the charter schools aren’t doing a good job for black urban students. “Why do we (people) think African-American students in public school academies are doing better?“Two big reasons. Number one, every kid who attends a PSA has something in common; they have parents who value education enough that they will do something, anything to try to give their kids a better educational experience than they think they are going to get in their home school,” Bauer said.“There are 50 years of research that show kids do better in school when parents care about their education. So that makes a lot of sense. “When you compare kids who do and don’t have parents who care enough to take action, especially in the inner city” it makes a difference, Bauer said.“I think most parents care about their kids’ education, but do they care enough to do something about it?”