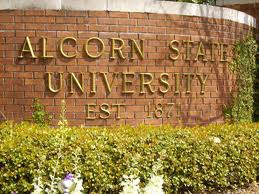 Following the apparent suicide of a 7-year-old — who, according to police, was upset about being bullied and his parents’ separation — administrators of the boy’s school said his mother never mentioned bullying had been a problem.

“To the best of our knowledge, after careful review with the principal, teachers and counselors, there was never any mention of bullying by the student’s mother, who was an active volunteer at the school. The student was in a very caring and nurturing environment,” said the statement by Geneva Williams, interim CEO of the University Preparatory Academy and University Preparatory Science and Math school districts.

The boy — whom the Free Press is not naming — was a first-grader at Mark Murray Elementary, according to the statement.

He hung himself Wednesday from a bunk bed in his home near the New Center using a fabric belt, police reports say.

Williams said the district has a zero-tolerance bullying policy and conforms to the state’s anti-bullying laws.

“We continue to cooperate thoroughly with the Detroit Police Department as they investigate this tragedy,” the statement said.

Police said Friday that the case was still under investigation and that there hadn’t been any changes. On Thursday, Detroit Police Chief Ralph Godbee Jr. told the Free Press the situation appeared to be “exactly as presented.”

A man who described himself as a family friend said the family wasn’t ready to talk to the news media.

The statement said members of the district are heartbroken by the child’s death, adding that urban youths face stresses, including “challenges faced by single-parent households, financial hardship, the Internet, other media and peer pressure.

“Going forward, we face this tragedy as a challenge to rededicate ourselves to our youth. Working together with educators, counselors, students, parents and the community, we will try to learn what went wrong and prevent, if at all possible, something like this from happening again,” the statement said.