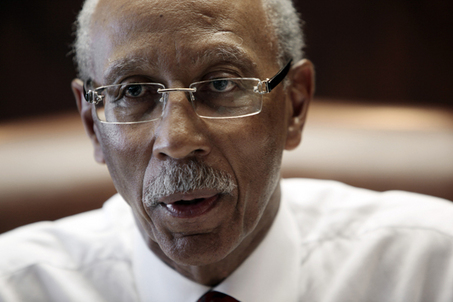 Detroit Mayor Dave Bing knows and understands that Detroit accounts for pretty much everything that goes on in this region of southeastern Michigan, not only because of its proximity. The city’s history has placed Detroit into a position of both strength and weakness.

Despite the dwindling of population, as shown in the recent Census report, the city still remains a political and economic fortress in Michigan, which explains why Detroit has become the theater where many political battles are fought.

“Now what is necessary is to transform the city to a place where people can come in and want to live and work,” Bing said in an exclusive interview.

In fact, people are already making the decision to live in Detroit, especially the downtown area. A recent incentive project involving Quicken Loans, Compuware, Strategic Staffing Solutions and Blue Cross Blue Shield allowed employees of these companies to receive a relocation incentive if they were moving downtown.

In the Midtown area, a similar program spearheaded by the Detroit Medical Center, Henry Ford Health System and Wayne State University also provided monetary incentives for any of their employees looking to become residents of Midtown.

The net result of that is hundreds of workers taking residence in a city that is still battling to become an example of an American comeback city.

“We now have to be concerned about our neighborhoods,” Bing said about neighborhood development which has been a focus of the mayor’s Detroit Works Project.

But the recent increase in violent crime is giving the city more than a black eye, leading some to question the competence of Detroit government in tackling the escalating crime.

“I just think there is a lot of incorrect information out there about the city,” Bing said, adding that even though crime is still an issue that needs to be nipped at the bud, people are still coming to Detroit for events such as Tigers games..

“We have to do a better job of giving people factual information,” Bing said. “I get it that people still see the mayor as the person who has total responsibility.”

Bing said Detroit once occupied an important seat at the annual Mackinac Policy Conference and hopes this year there will be a constructive engagement of the important issues like regional transportation, which he said should not be on the back burner.

“The business community has been very supportive downtown and in Midtown,” Bing said. “Now we have to make them feel the pain in the neighborhoods so they can help.”

Contrary to the belief that some in the business class are uneasy about the mayor’s stewardship of the city, Bing defended his record, saying, “I’ve had more business people come to me and say they are supportive. All of us understand and respect each other.”

The mayor said that is why he needs the support of all stakeholders in fixing some of the chronic problems the city is facing, such as public lighting, transportation, public safety, etc.

As the city faces its most crucial test — how the appointment of a Financial Advisory Board will play out in the coming weeks, months and years, a chief financial officer, Jack Martin, was appointed. The new portfolio Martin now holds will hold sway in how Detroit tackles its finances in the era of a consent agreement.

Meanwhile, Bing is expressing faith in Martin’s ability to help steer the financial ship of Detroit safely to shore. He said Martin’s national contacts working for the federal government in Washington and other experiences will help to assemble a very good team that includes a budget director and an IT (information technology).

In the weeks leading up to the consent agreement between Detroit and the State of Michigan, Bing and Gov. Rick Snyder traded words in the public domain, each presenting a different position on how Detroit  should chart its way out of a financial crisis.

“We’ve got a decent relationship,” Bing said of his current relationship with Gov. Snyder. “I don’t think he truly understands what I’m dealing with. You can’t be 30,000 feet up and understand some of the issues we have here. I still believe the governor wants to help Detroit.”

Bankole Thompson is the editor of the Michigan Chronicle and the author of a six-part series on the Obama presidency, including “Obama and Black Loyalty,” published last year. His latest book is ”Obama and Christian Loyalty” with an epilogue written by Bob Weiner, former White House spokesman. His upcoming books in 2012 are “Obama and Jewish Loyalty” and ”Obama and Business Loyalty.” Listen to him every Thursday morning on WDET 101.9 FM Detroit and every Sunday, 9 to 10 p.m., on “The Obama Watch” program on WLIB 1190 AM-New York.