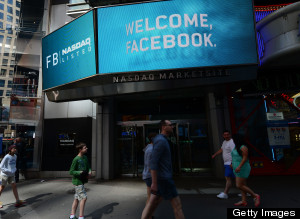 By John McCrankNEW YORK (Reuters) – Nasdaq OMX Group Inc admitted in a call with its member brokerage firms on Tuesday that it put the wrong fix for a technical glitch related to Facebook’s IPO in place on Friday, which led to trading disruptions for much of the day.Nasdaq believed it had the correct solution to fix the problem that delayed trading in the stock for thirty minutes, Eric Noll, Nasdaq’s head of transaction services, said in a statement to Reuters.Rather than solve the problem, the purported fix to the system instead led to a two-and-a-half-hour period in which many brokers were unable to see the results of their trades.The statement from Nasdaq contradicted a Wall Street Journal report earlier Tuesday that said Nasdaq would have “pulled the plug” on the historic IPO had it known the extent of the technical problems that would follow during the day’s trading.“If we had known that our solution was inadequate, we would have fixed the solution with the right solution before moving forward,” Noll said in the statement.Facebook, which began trading May 18, was one of the largest IPOs in U.S. history and broke the record for the volume of shares traded in one day, even with the trading problems.The high-profile stumble by Nasdaq drew no questions during the company’s annual shareholders’ meeting on Tuesday, but in a later call with member brokers, the exchange offered more detail on the problem and its response.The stock closed down 8.9 percent at $31 on Tuesday, after news that financial regulators were looking at issues around the initial public offering and that some underwriters had cut their revenue forecasts for Facebook the week before the IPO.(Editing by Alwyn Scott and Muralikumar Anantharaman)