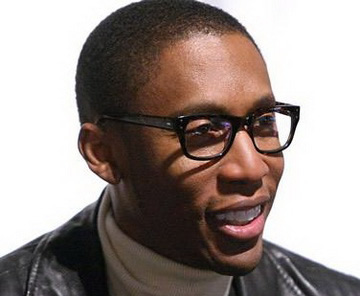 The city of Detroit has been sung about in the recording studio more times than most of us realize. On some occasions the song is about Detroit specifically, at others the city is mentioned as part of a point being made.
In 2004 Raphael Saadiq recorded “Detroit Girl.” She was tough, but he found her so hot that he was sure he “would never be the same.”
Sammy Davis Jr. recorded a song that was an anthem for the city — and a pep talk — in 1984, “Hello, Detroit.” It was co-written by Berry Gordy. For whatever reason, the song became a major hit in Belgium!
In 1967 Solomon Burke recorded “Detroit City,” which had originally been a country hit for its composer, Bobby Bare.
One the most famous, high energy heavy metal rock songs is “Detroit Rock City” by the flamboyant band KISS.
Which brings to mind “Heart of Rock & Roll” by Huey Lewis & the News that cites Detroit as among the essential “rock cities.”
One of the most familiar references to Detroit is in the 1964 Martha & the Vandellas/Motown classic “Dancing in the Street.” No one will ever forget the line, “Can’t forget the Motor City!”
Blues legend Albert King enjoyed a substantial amount of success with “Cadillac Assembly Line.” King said he was “tired of pickin’ that nasty cotton,” so he was “goin’ to Detroit, Michigan, goin’ to get me a job on the Cadillac assembly line.”
Then, of course, there was “8 Mile” by Eminem. It won him an Oscar in the Best Original Song category.  It doesn’t show the city in a positive light, but it’s a great song outside of that.
There are many others, quite a few of them by perennial Detroit booster Kid Rock, and this is one more thing to be proud of.
RIHANNA fans have something to look forward to. Her new album, “Talk That Talk,” is scheduled for Nov. 21 release. This will her sixth album. She certainly has recovered from her “love wars” with Chris Brown. But I wouldn’t be surprised if they eventually ended up back together.
It is reported that Jennifer Hudson’s marriage to pro-wrestler David Otunga has been put on hold because he is not willing to sign a prenup. That has got to be an extremely awkward situation. Their son, David Jr., is two years old.
Aretha Franklin is very sensitive about her well-earned title, “Queen of Soul.” So she was no doubt displeased last week when “Dancing With The Stars” host Tom Bergeron introduced guest performer Mary J. Blige as “the queen of R&B and soul.” (Blige, by the way, gave a great performance.)
LIKE SO MANY others, yours  truly was under the impression that Dionne Warwick was the first to record “A House Is Not a Home.” However, Brook Benton beat her to the punch by two weeks. (Special thanks to reader and record collector Ali Majid for pointing this out.)
Benton’s version of the Hal David-Burt Bacharach song debuted on the charts on July 25, 1964, and Warwick’s on Aug. 15, as the B-side of “You’ll Never Get to Heaven (If You Break My Heart).”
However, neither singer had a big hit with the great song. That came much later when Luther Vandross recorded what Warwick and just about everyone else defined as “the definitive version” of “A House Is Not a Home.” However, Mavis Staples’ version is great, too.
IN KEEPING with the deplorable behavior of so many rap stars, late 1980s hitmaker Tone Loc (“Wild Thing,” “Funky Cold Medina”) found himself infront of a judge who meant business. He was sentenced to one day in jail, 30 days in community service, three years probation and 52 weeks in anger management counseling for physically abusing his wife and being in possession of an assault weapon.
“Schmelly Balls” was one of the funniest, and naughtiest,  skits ever performed on “Saturday Night Live.” However, it is still hard  to believe that Ben & Jerry’s has introduced a flavor called “Schmeddy Balls.” That just seems wrong.
Congrats to classy crooner Tony Bennett for having the No. 1 selling album in the United States with “Duets II.” He is almost certainly the first 85-year-old artist to reach No. 1.
There is a physical resemblance between Mary J. Blige and Diahann Carroll.
BETCHA DIDN’T KNOW…that Sam Cooke and Muhammad Ali (who was then Cassius Clay) once sang together. You can watch the captivating “The Gang’s All Here” on YouTube.
MEMORIES:  “Natural High” (Bloodstone), “Tennessee” (Arrested Development), “Selfish One” (Jackie Ross), “Backfield in Motion” (Mel and Tim), “Love T.K.O.” (Teddy Pendergrass), “The ‘In’ Crowd” (Dobie Gray), “It Takes Two (Marvin Gaye and Kim Weston), “I Want to Know What Love Is” (Foreigner), “Through the Fire” (Chaka Khan), “Something to Talk About” (Bonnie Raitt), “Baby, Come to Me” (Patti Austin and James Ingram).
BLESSINGS to every person reading this right now. Here’s hoping that the best things in life come to you, along with several bonuses.
WORDS OF THE WEEK, from motivational writer Brad Bollenbach: “Imagine how much happier you would be if you stopped doing things that other people think are cool and started living every moment as the full expression of who you are.”
Let the music play!
(Steve Holsey can be reached at Svh517@aol.com and PO Box 02843, Detroit, MI 48202.)