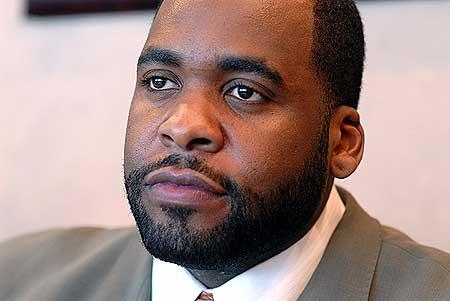 On Jan. 12, the 14th Annual Urban Wheel Awards (UWA) will bring together top government officials and automotive executives with minority suppliers and dealers to recognize the stimulation of minority business development.

Actress LisaRaye will host the event at the new Sound Board Theatre in the MotorCity Casino Hotel, 2901 Grand River Ave.

Held during press week of the North American International Auto Show (NAIAS), the theme for this year’s program is “Stimulating Minority Business Development.” To raise awareness of its importance, top government officials and Detroit politicians have been invited to present awards to automotive companies and suppliers.

“The auto industry has consistently been a leader in developing minority businesses,” said Randi Payton, president of On Wheels Media. “Minority suppliers, dealers and businesses should not be overlooked during the federal government’s stimulus of the industry with many companies receiving grants from the Department of Energy’s Advanced Vehicle Technology Program.”

The Urban Wheel Awards brings together more than 2,000 auto executives, media, suppliers, dealers, celebrities and community leaders to honor the auto industry for its outstanding achievements in minority business development.

This year’s awards include: 2010 Urban Car and Truck of the Year, and the inaugural Urban Green Vehicle of the Year; Four Lifetime Achievement awards, along with an Urban Wheel Pioneer Award; Diversity Leadership, Advanced Vehicle Technology; and Stimulating Minority Business Development awards, presented to bring the auto industry and government together in a positive setting.

A Pioneer Award will be presented to Rev. Jesse L. Jackson Sr. for his tireless advocating of minority supplier/dealer development in the auto industry and engendering the establishment of the National Association of Minority Automobile Dealers (NAMAD).

The evening will begin with a Green Carpet VIP reception at 5 p.m. Awards with presented at 7 pm.  Video highlights of the awardees and their contributions will precede the announcement of each award.

The evening will also feature a special performance by singer and actress Gina Hiraizumi.

The mission of EDEF is to provide scholarships, internships and mentoring to students pursuing careers in the automotive industry and communications.